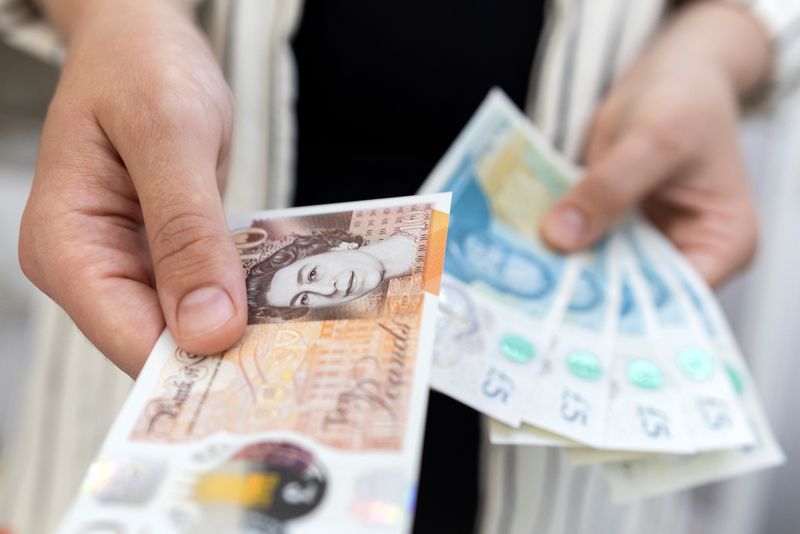 LONDON (Reuters) – British income inequality rose to a three-year high in the 2021/22 financial year after a dip during the coronavirus pandemic, but remains below peaks seen in the run-up to the 2008 financial crisis, official figures showed on Wednesday.

The median British household had after-tax income – including wages, cash benefits and investment income – of 32,300 pounds ($39,800) in the year to the end of March 2022, 0.6% less than the year before after adjusting for inflation.

Median incomes for the poorest fifth of households dropped by 3.8% after inflation in the 12 months to the end of March 2022 to 14,500 pounds while those for the richest fifth rose by 1.6% to 66,000 pounds, the Office for National Statistics said.

Inequality dropped during the pandemic as high earners suffered bigger percentage drops in earnings, while the poorest benefited from a temporary increase in benefits which was withdrawn in 2021/22.

Most Britons will have faced a bigger squeeze on their incomes during the current financial year, as consumer price inflation hit a 41-year high of 11.1% in October.

Looking at incomes as a whole, including the effects of direct taxation and the benefits systems, inequality rose in 2021/22 to its highest since 2018/19 when calculated using the Gini coefficient, a measure widely used by statisticians.

Income inequality rose fastest in Britain in the 1980s, under the leadership of former Conservative prime minister Margaret Thatcher, and increased at a slower pace during the 1990s and 2000s, including under Labour governments.

Inequality fell after the global financial crisis, despite subdued growth in median living standards, and was at a 19-year low in 2016/17 when Britons voted to leave the European Union.

However, the data does not directly capture the wealth impact of surging house prices, which have risen out of reach of many people who do not already own a home, and does not count the benefit from owning a home outright rather than renting or paying a mortgage.

The ONS said the average household used in its calculations comprised 1.8 adults and 0.5 children.

Bulgaria’s industrial output decreases by 0.4% m/m in April By Reuters